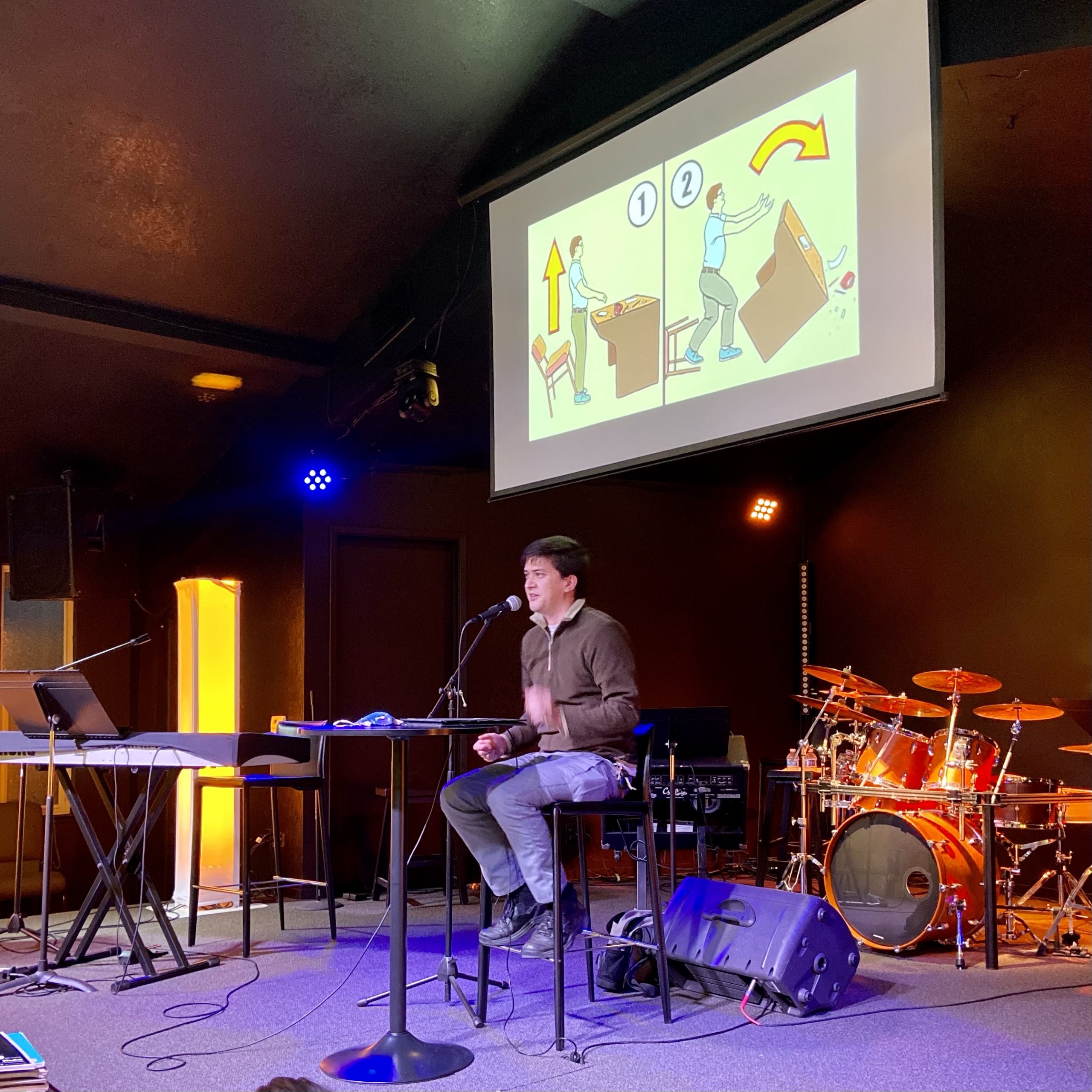 ⁃ Jade gets her notebook this week!

⁃ Eliza gets her notebook this week!

⁃ Chris just earned his notebook for next week

⁃ 5 minutes to write and/or respond

⁃ “When it was almost time for the Jewish Passover, Jesus went up to Jerusalem. In the temple courts he found men selling cattle, sheep and doves, and others sitting at tables exchanging money. So he made a whip out of cords, and drove all from the temple area, both sheep and cattle; he scattered the coins of the money changers and overturned their tables. To those who sold doves he said, “Get these out of here! How dare you turn my Father’s house into a market!” His disciples remembered that it is written: “Zeal for your house will consume me.” Then the Jews demanded of him, “What miraculous sign can you show us to prove your authority to do all this?” Jesus answered them, “Destroy this temple, and I will raise it again in three days.” The Jews replied, “It has taken forty-six years to build this temple, and you are going to raise it in three days?” But the temple he had spoken of was his body. After he was raised from the dead, his disciples recalled what he had said. Then they believed the Scripture and the words that Jesus had spoken. Now while he was in Jerusalem at the Passover Feast, many people saw the miraculous signs he was doing and believed in his name. But Jesus would not entrust himself to them, for he knew all men.” -John 2:13-24

⁃ Jesus was offended by the disrespecting of his father’s house by a marketplace full of dishonest and irreverent vendors.

⁃ Jesus took some time to braid a whip before he turned over tables in the temple, so his response was considered and not in an out-of-control manner.

⁃ Pray for us to be aware and care about others.

⁃ This was a time when Jesus was ‘flipping mad’