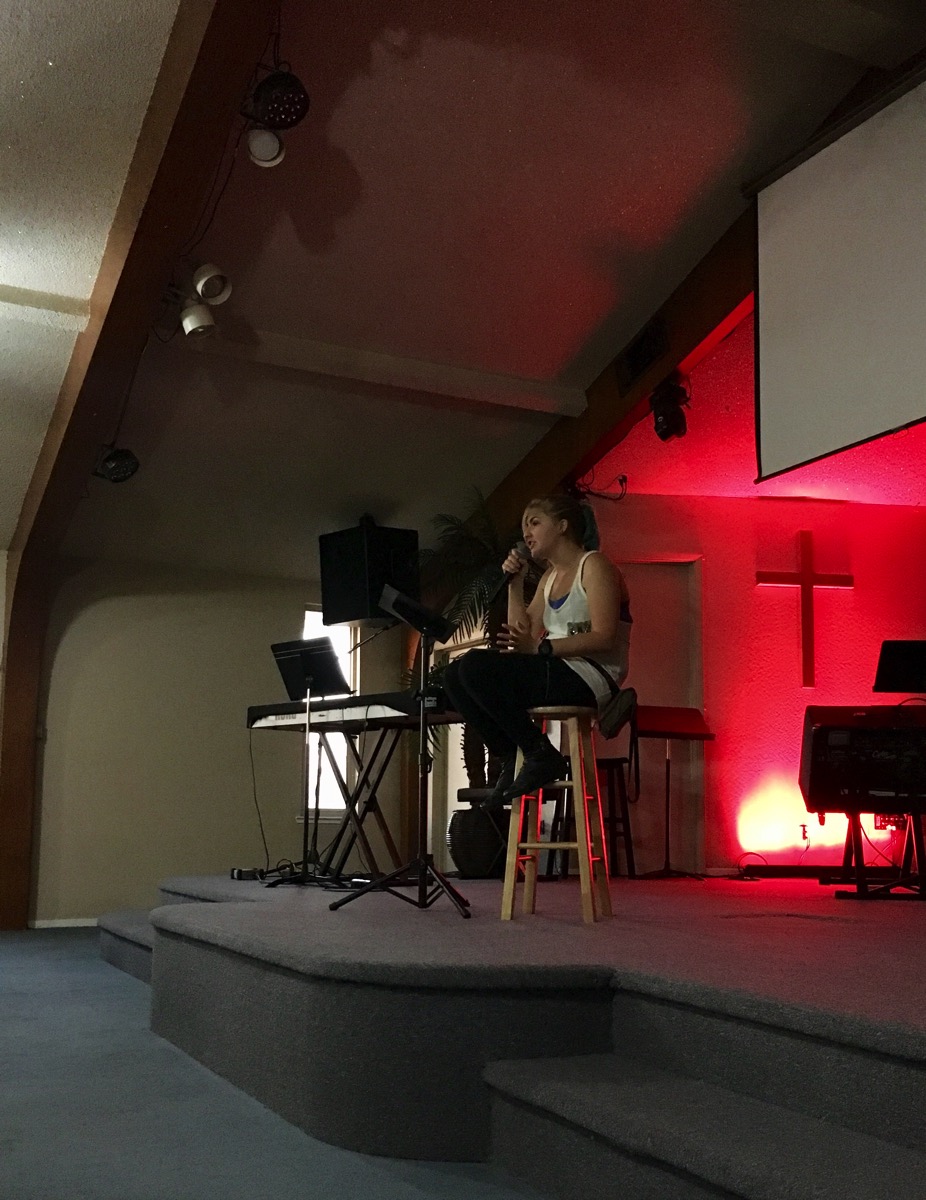 We moved a lot as kids but I want to focus on Jr high until now. I was super shy, until I suddenly wasn’t.In 8th grade I moved and hated it, but I met my best friend who prayed that I would come. in my young teens years I struggled with going places on the internet I shouldn’t have, and looking for things that now I can’t unsee. I want to say the beginning of God healing me from that was when I went to my Sophomore Summer camp and God broke through to me in a big way. They said if anyone needed prayer they should come talk to one of the leaders up front. So I did. It was the first time I had told someone. From there it was quite a journey, and I wish I had let my own youth leaders help me. But God did help me conquer that. The symptoms of my core problem were a struggle with going places on the internet that I shouldn’t have and emotionally abusive relationships, but my problem was with loneliness and not feeling like I was loved; Because I was looking in the wrong places. I met my first BF around Sophomore year. He said he was a Christian, but my desire to belong still caused some problems. I was pressured to give more physical affection than I wanted to and when I went back to church he stated that he didn’t want us to be “that super churchy guy and girl”. We had met online and when we first met, I found out that he wasn’t physically attracted to me. It wasn’t his fault that he felt like that, but because he told me that and it became a big deal to him, it heightened my insecurities. That was when I met Amy. She and I decided we both needed a Christian friend. God knew I needed her. Eventually my relationship with my first BF ended and a lil while later I met Cuyler. In a lot of ways, God has used my relationship with Cuyler to teach me more about His [God’s] love. He is patient and he is for sure one of those guys who is attracted to a spirit of a person, so that helped in me unlearning my insecurities about myself. All the while, God called me to leadership in youth group. Which is where we are today.

I follow Jesus because ultimately, My biggest fear is loneliness, and my biggest desire is to be loved. Jesus was the only one who was always there. When I was alone or scared or ashamed, He always was there and welcomed me. I know he loves me because he died for me, I know that he is God because he made himself rise from the dead, and I want to go to heaven not because there will be no more tears, not because there will be no more pain or tiredness, but because Jesus is there and I want to walk hand in hand with the only being who loves me that much.