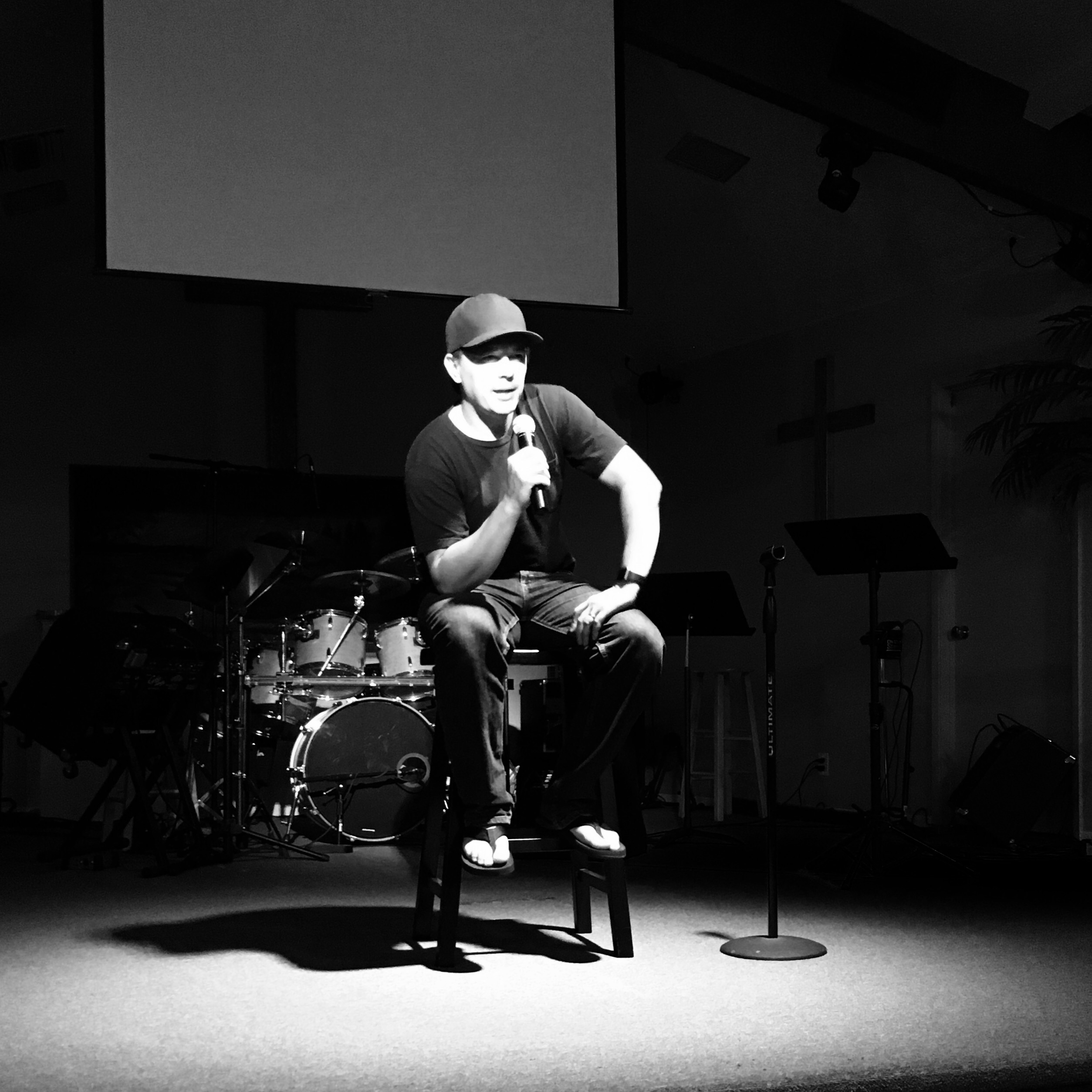 Hi. My name is Ezra Engle. I am 39 years old. You might also know me as Josiah’s and Noah’s dad. I was taught from the Bible starting at an early age (primarily by my parents and Sunday school teachers), and accepted Christ into my heart at the age of five. I wanted to go to heaven since that is where I learned my dad would be eventually going. As I grew older, I more or less followed the expectations of my parents and of those in christian leadership. I was baptized in my elementary school years (approximately 4-5 grade), and was often surrounded by others with the same values. As I entered my teenage years, I was challenged at a youth camp to consider whether or not I was really a true follower of Christ, who actually wanted to know what God was saying to me, rather than someone who just wanted to be accepted by my peers and approved of by those around me.  I really had to consider whether my belief in God was a simple result of my culture and upbringing or whether it was really true and worth pursuing with serious conviction. I did not want to be a hypocrite, so I took the challenge.
At this same time, I was known as a pretty good kid, even though I had some secret areas of my life that were pretty well hidden from my parents and most other people. I occasionally stole some things (candy, art supplies, a page magnifier) from a bookstore on my way home from middle school. I also accidentally set some grass near a canal trail on fire, and, while worried about being found out, pedaled away from the blaze without telling anyone about it. I never got into trouble because I never got caught. Either way, I knew that these things I was doing and had done were wrong, and I slowly started to feel convicted by the guilt. I also viewed some inappropriate printed images i acquired, and felt my mind going to a place I didn’t want it to be whenever I reviewed them. I felt conflicted by the tug of guilt and desire for many things that did not belong to me. I knew that God was real, and knew my sin was not hidden from Him. None of my parents or teachers knew what I was doing or thinking, but God sure did.

When I was at Youth camp, I committed to read the Bible every day for 21 days straight to begin a new good habit, that could give me more insight about what God really cares about. I also made a commitment to purity, to save myself for marriage. Before this point, I depended solely on the teachings from Pastors, teachers or parents. As I read the Bible by myself regularly, and began praying and having time alone with God, I stopped stealing things and was quicker to ask God for forgiveness when I realized I thought or did things I knew were not right. Reading the Bible brought many of these things to light, and changed the way I thought about many things, and affected my heart’s desires. I was embarrassed to admit openly to others about my sins, but I could talk to God. In retrospect, I think confessing to a person who wanted to help me would have made the process go much quicker.

It looks like I have run out of time, but I have only told you a small part of my life. There is much more to tell, including how I met Karyn, some awkward and funny moments from when we began dating. I will be forty years old this year and I have only told you about my life up to about age 14 or so. I can tell you more during another week, or you can ask me about it in your notebooks. All of us leaders have had lots of life experiences that could encourage you or help you with things you might be struggling with, and we are happy to do that if you open up to listen and let us share our lives with you. We want to walk alongside and be a support and an encouragement to you as you go through life. We really are all better together.